Journey to the island of Borneo 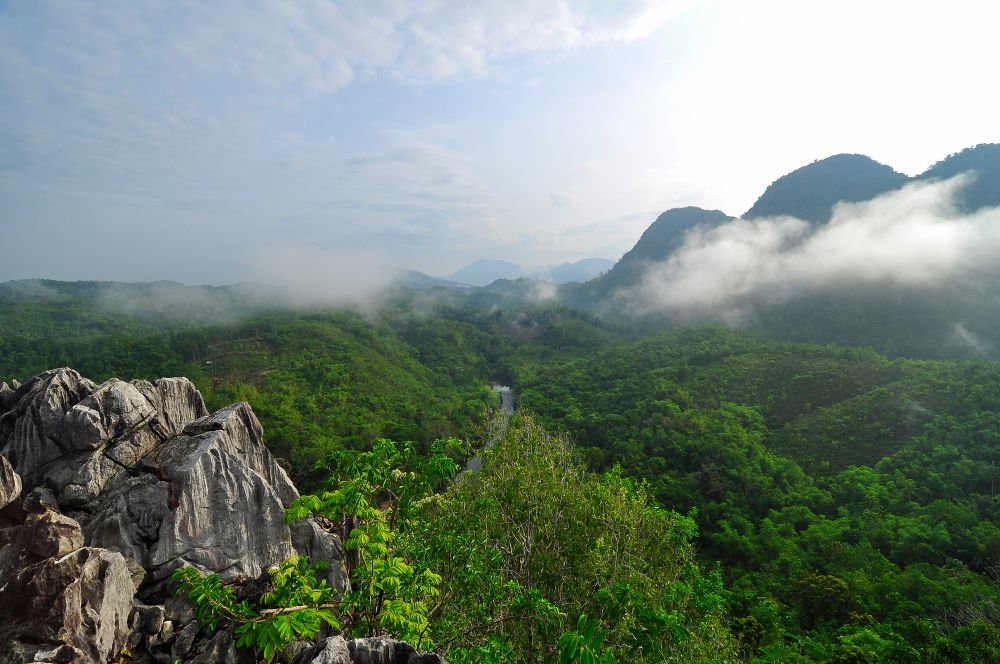 Journey to the island of Borneo

Lovers of wildlife, the extraordinary world, the majestic beauty of mountains, and strange caves will discover these wonders on the island of Borneo. Truly pristine nature draws tourists here. This place gives you the opportunity to feel like a pioneer, a discoverer.

Kalimantan, the Indonesian name for the island, is part of a small list of islands with unique fauna and flora. The age of rain forests on the territory of Borneo can be the envy of even the Amazon. They are almost 130 million years old. years. Surprisingly, some members of the natural world can only inhabit within the island.

The nature of the island of Borneo

The island is shared by three countries: Indonesia (which, by the way, owns a large part of it), Brunei and Malaysia. The latter is only 26% of the total area.

The Malaysian part of the island has two states, or regions – Sarawak and Sabah. The most frequently visited is the northeast of the island – Sabah state, which was located below the typhoon zone and is therefore called the "land below the wind". Here, if you are lucky, you can enjoy the sight of an exotic flower considered to be the largest, the Rafflesia. 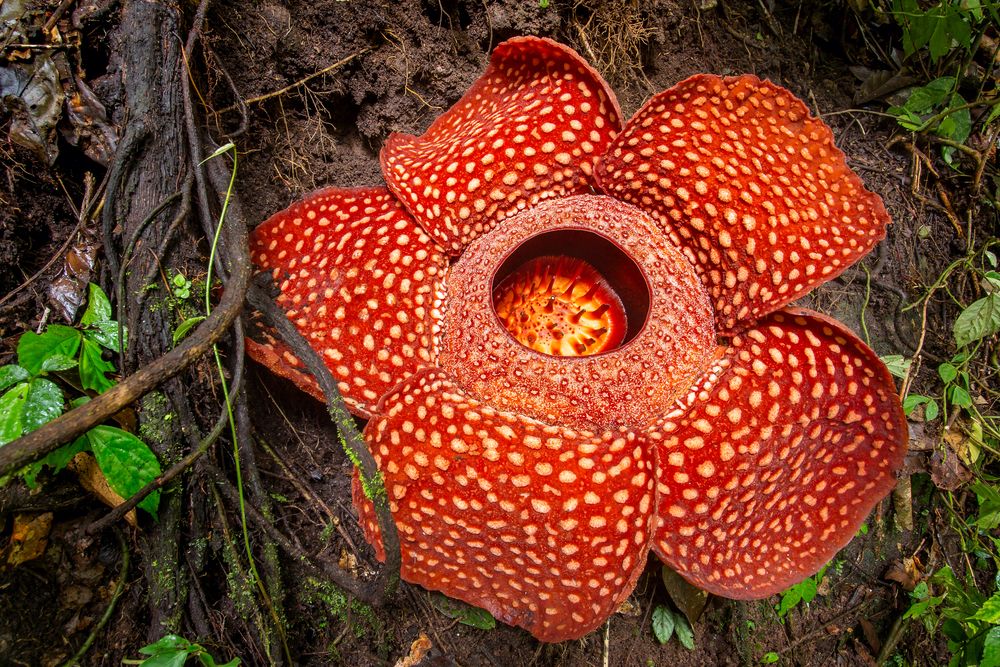 Exotic flower Rafflesia, which is a parasitic plant

Mount Kinabalu is very popular, excursions to which are conducted with enviable regularity. For those who are not afraid of heights and water, Sabah offers rafting on mountain rivers (an activity as dangerous as it is exciting), scuba diving, attracting crystal clear water, coral reefs. However, for an untrained person, such underwater "dives" can be dangerous – yet these places are for professional divers. 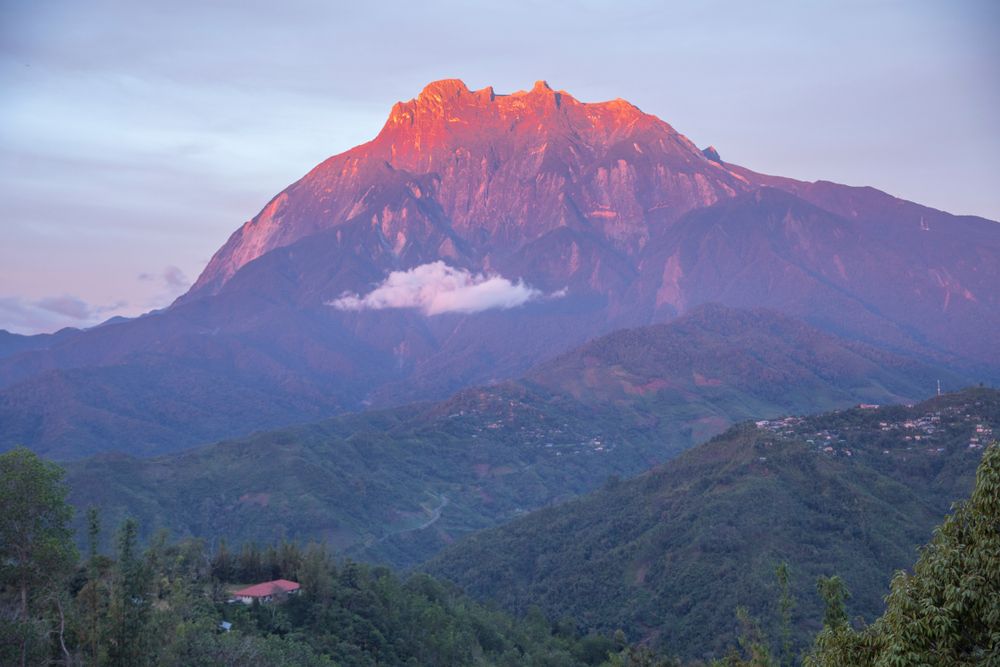 Kinabalu is a mountain on the island of Borneo, where guided tours often take place

Another place worth seeing on Sabah are the islands scattered along its coastline. They are small, but cozy islands, to which tourists go in search of tranquility, solitude, good beaches. The more from the nearby hotels 3-5 minutes away by motorboat or boat.

Once you are in Borneo, in the state of Sabah, you will get acquainted with the different tribes. And there are quite a few of them, numbering about 32, so we can safely say that the island has a diverse ethnography and the same culture. It is inhabited by those tribes which historically inhabited the territory of ancient Kalimantan.

Equatorial climate prevails on Sabah. The weather here is the following: long rainy season, heat, high humidity, frequent changes in temperature. That's why, going on vacation, take a couple of warm clothes, they will be needed in case you want to make a climb up the mountain. 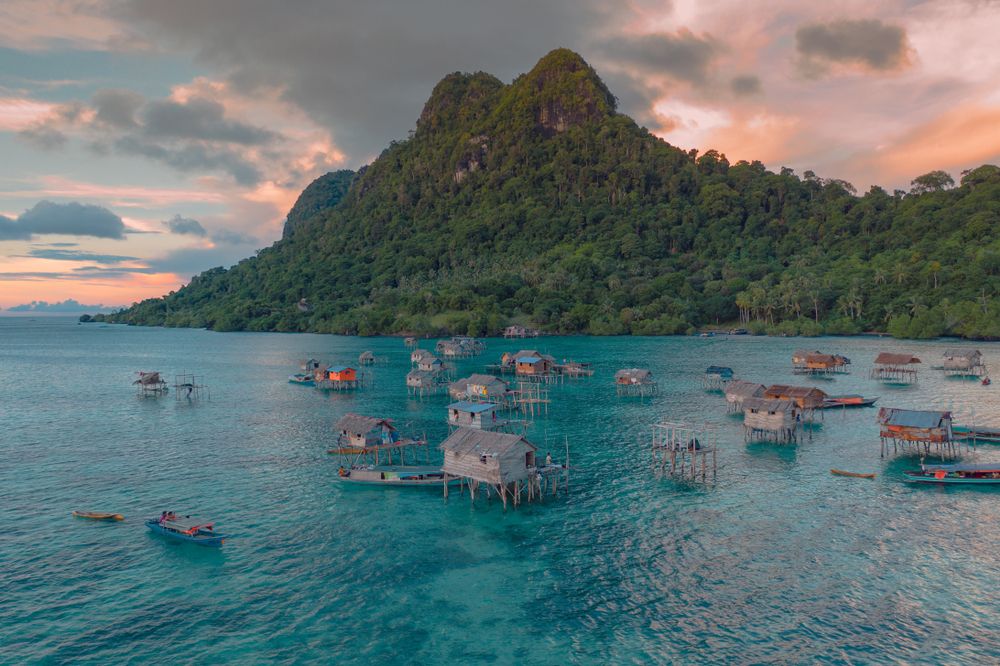 The terrain on Sabah

But Sabah doesn't end with the climb up the mountain. Sabah is a pearl farm, and bissa turtles on the Turtle Islands, and museum villages, and rafting, and extreme safari. The main thing is to leave everyone who comes to Borneo delighted and amazed by this place.

While the northeastern part of the Malaysian territory of Borneo is occupied by Sabah, in the northwest lies Sarawak. It is considered the largest state in Malaysia, which has a diverse natural world and amazes by the uniqueness of this world.

A variety of insects, and there are more than 1,000 species, live in Sarawak. The forests are inhabited by flying lizards, several species of monkeys (about 10), 350 species of birds. You can see an owl at 15 cm, a butterfly that reaches dimensions up to 30 cm, a fallow deer the size of a kitten, and listen to the song of gibbons for days on end. 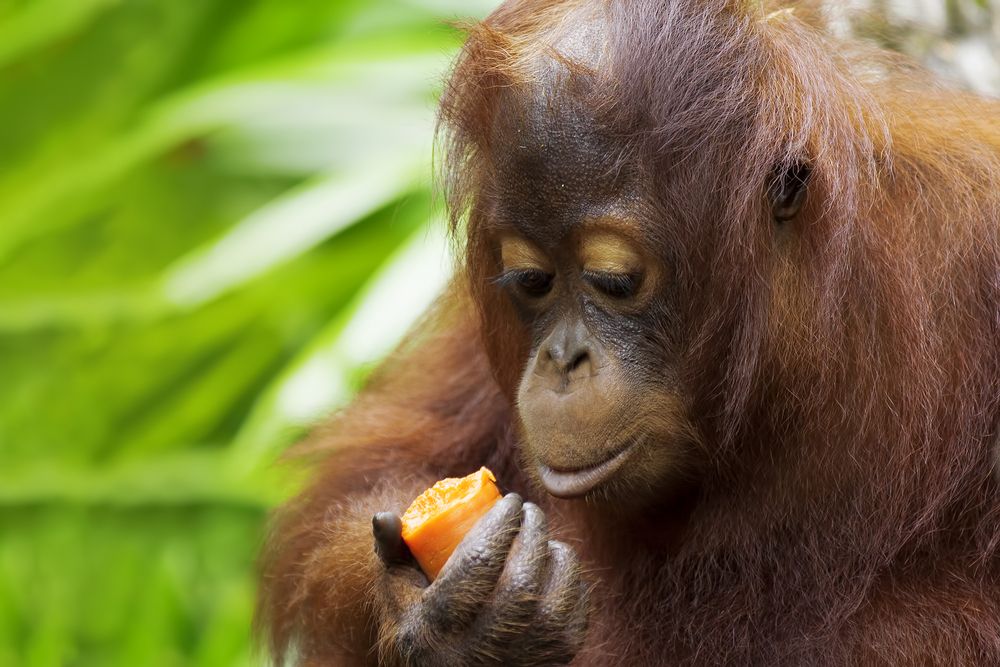 Cute inhabitant of the island – the orangutan

Sarawak, in addition to the amazing and strange natural world, reveals the mystery of the caves, which are considered the largest in the world. There are picturesque coastal areas, white sand and emerald-blue sea.

In Sabah, it rains for a few months, but in Sarawak it always rains. But they're short and mostly at night. Because of the constant rain and high temperatures (perhaps up to 32 degrees) it's hot and humid there. When you come to Sarawak, visit the Ethnographic Museum (it is full of surprises and riddles), visit the crocodile farm and the Orangutan Rehabilitation Center. 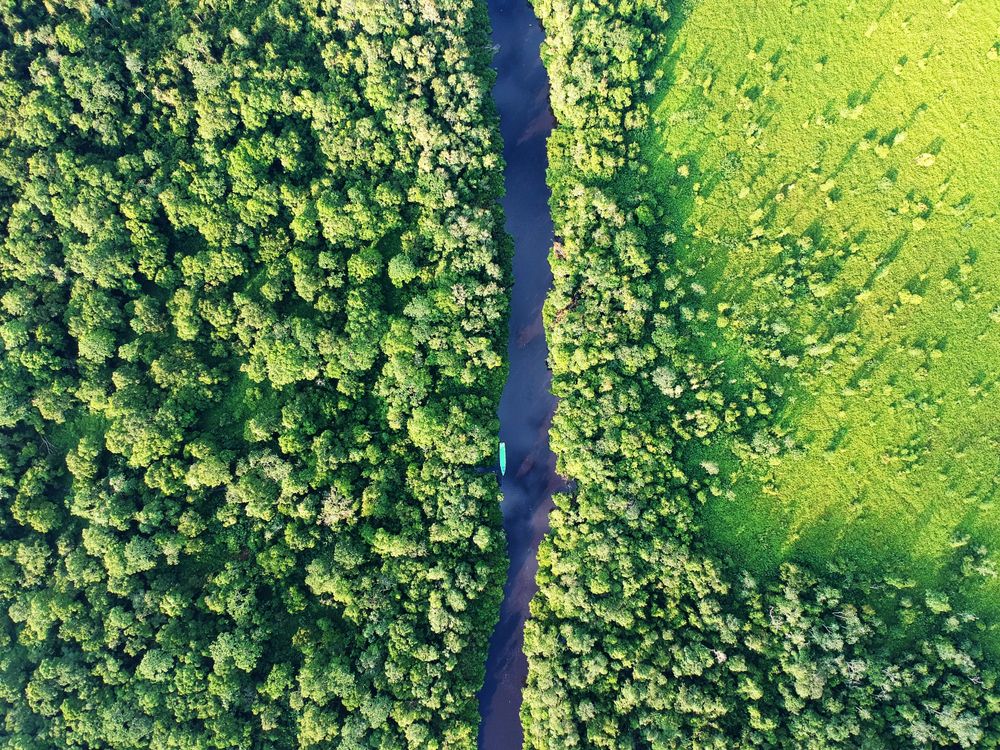 The rainy season on the island of Borneo

In general, the island of Borneo will not disappoint, and will give a lot of impressions and unforgettable days.