What to see in Arkhangelsk and its suburbs 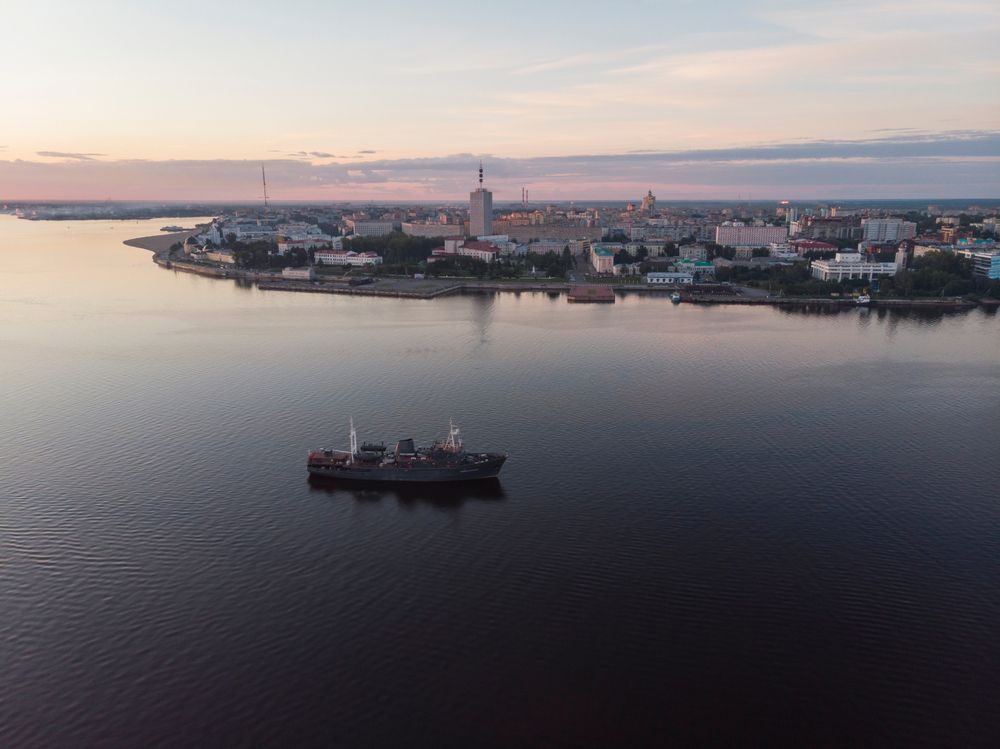 What to see in Arkhangelsk

Arkhangelsk is located at the confluence of the Northern Dvina River into the White Sea. This city beyond the Arctic Circle is almost a thousand kilometers from Moscow, but both cities are in the same time zone.

Arkhangelsk, which got its name from the nearby monastery of Archangel Michael, was founded in 1584. It has remained a traditional and historic city, but with a certain modernity that finds expression in its love for jazz. This is why some claim that Arkhangelsk is the capital of the North and jazz.

Panoramic view of the Northern Dvina in Arkhangelsk

What to do in Arkhangelsk

Before heading downtown, start with a stroll through the local indoor market, which is located behind the Sports Palace. Commercial life of the city is bustling in the morning. This is the time when fresh vegetables, fish and meat appear on the shelves – harmony in purely Russian style. Continue on your route, crossing Chumbarova-Luchinsky Avenue from east to west. This is a pedestrian zone, where you can admire the traditional wooden two-story terraced houses typical of this northern region. 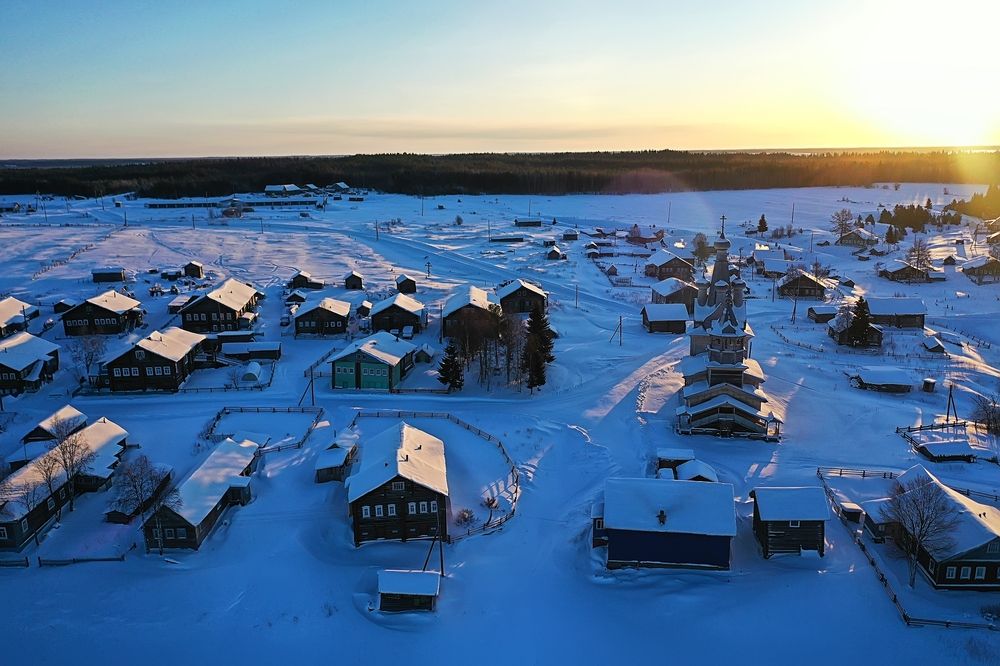 Continuing along the street, you will reach Lenin Square. There is a monument so big that next to it you will just feel insignificant. At the end of the road you will reach the beautiful Dvina embankment, where you can take a pleasant walk in both summer and winter. Opposite it is the port of Arkhangelsk, Russia’s only port open to trade with the West before the founding of St. Petersburg in 1703. This walk along the river bank is not only enjoyable, but also very educational. The path is dotted with statues that tell the story of the city. 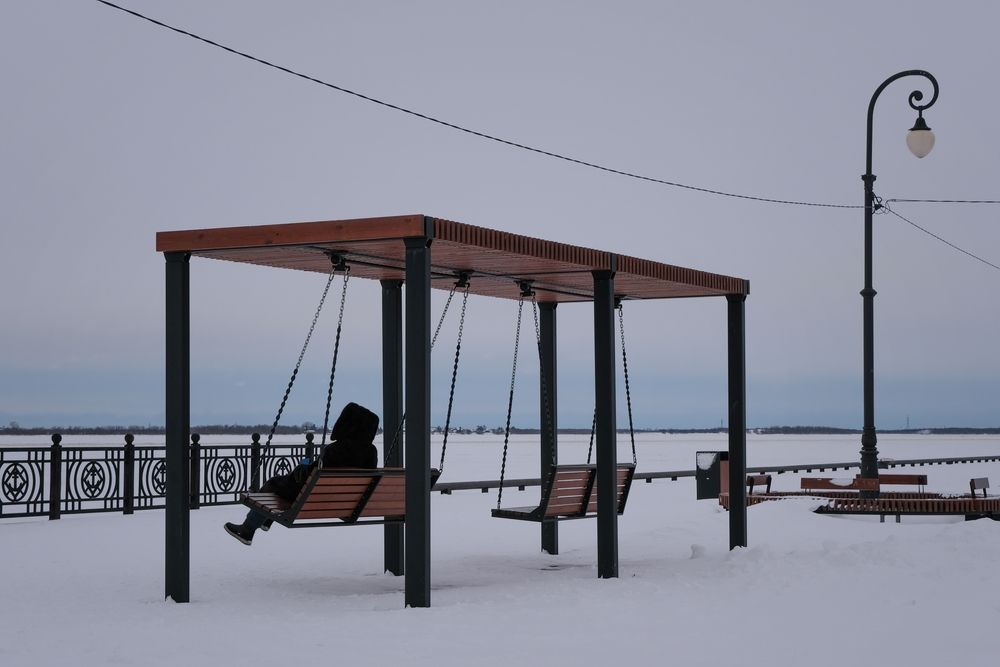 The marble monuments are a reminder of the time of famine during World War II, when people managed to survive by eating seals. A little further along Admiral Nikolai Kuznetsov surveys the horizon, just like in Soviet times. Walking toward the city center, staying on the waterfront, you will come face to face with a long building topped by two domes. The Gostiny Dvor, which is the ancient city walls, is now a museum, and once it was the trading post of foreign merchants. Today it keeps well documented exhibits about the history of Arkhangelsk and the region. The building was recently renovated and is also used for concerts and a jazz festival. Locals love this music. Further down Teatralnaya Street you can’t miss the majestic St. Nicholas Cathedral. 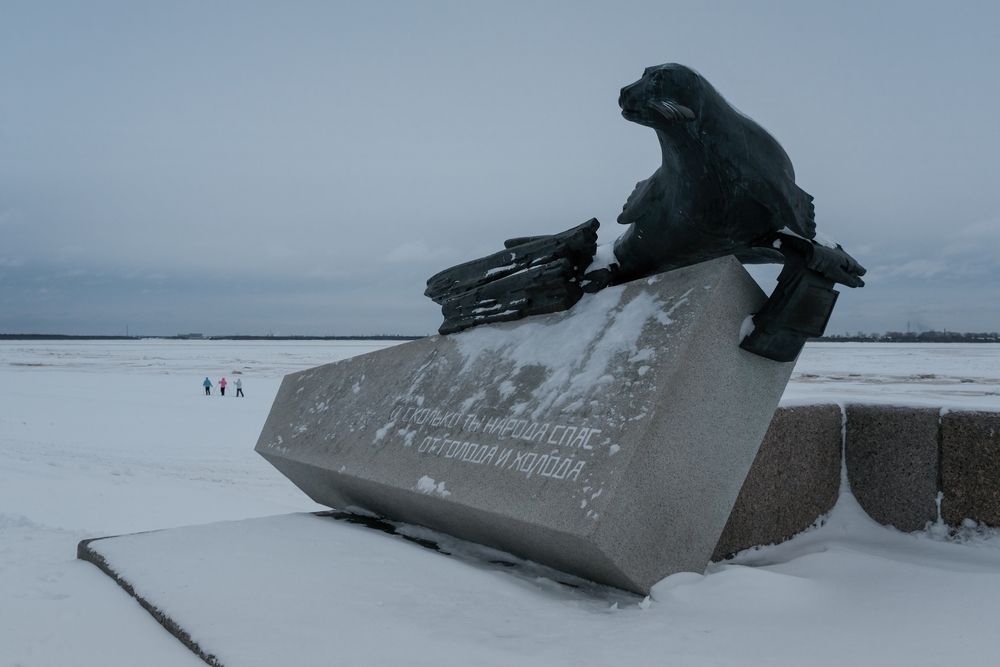 Monument to the seal – the savior of Arkhangelsk inhabitants

And don’t forget to take a day trip to Malye Korely, an open-air museum of northern Russian architecture, about 25 kms from Arkhangelsk. To get there, you need to take a bus number 104t from the bus station. The trip takes 30 to 40 minutes. Upon arrival, you’ll find farmsteads, chapels, and churches scattered across several hundred hectares of land. The houses are traditionally made of wood and were originally built all over the huge Arkhangelsk region. 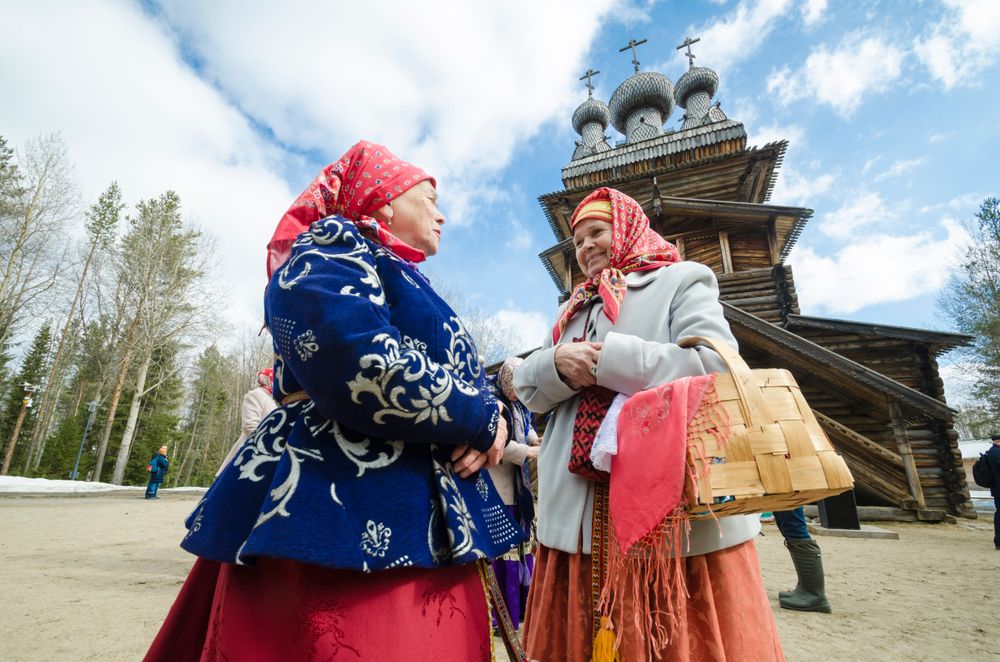 The oldest of these buildings dates back to the 16th century. All of them were demolished and fully restored in this open-air museum.

What other places of interest to visit in Astrakhan:

1. Novodvinsk Fortress – It is located near the mouth of the Dvina River, and most visitors come here to admire the beautiful view of the river and city. The fortress was built by Peter the Great in 1701.

3. One of the main attractions of the city is the Church of St. Nicholas, built in 1095. This is one of the oldest wooden churches in Russia. 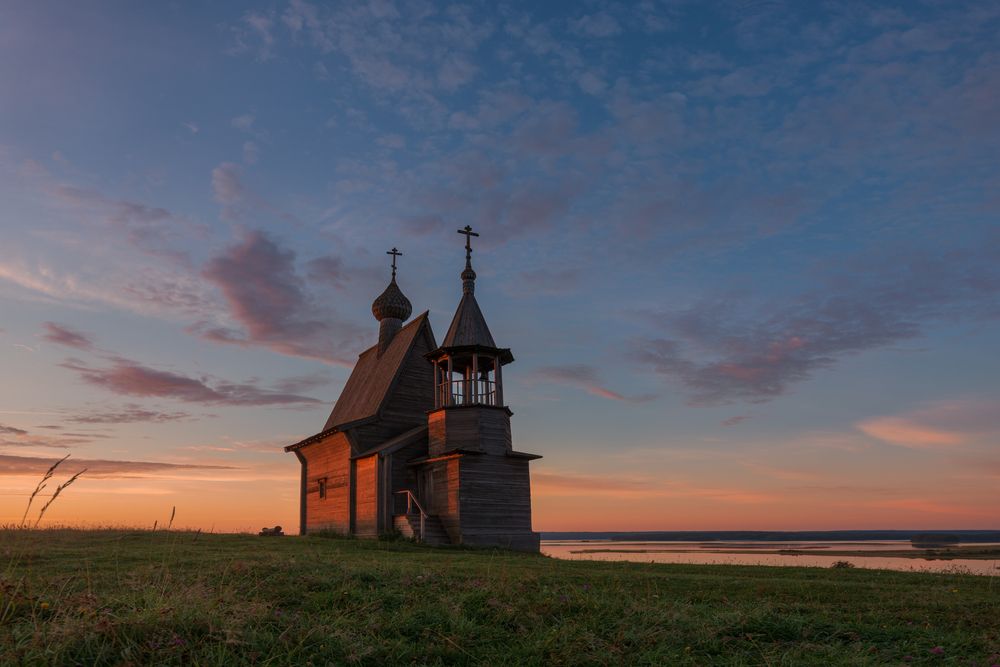 One of the oldest wooden churches in Russia, St. Nicholas Church, is located in Arkhangelsk

4. The Northern Maritime Museum was founded in the 1970s by employees of the Northern Shipping Company. The exposition reveals the whole history of the Northern exploration, starting from the 18th century.

5. Museum of Artistic Exploration of the Arctic named after F.A. Dzerzhinsky in Arkhangelsk. A. Borisov. Located in a building erected in 1897, and in 2002 the first exhibition “Artist of the polar ice” dedicated to the works of Alexander Borisov opened here. The museum‘s richness is in Alexander Borisov’s collection, which includes more than 400 works. Also the best attractions of Arkhangelsk are Arctic Museum, Church on the Blood and the Resurrection Cathedral.